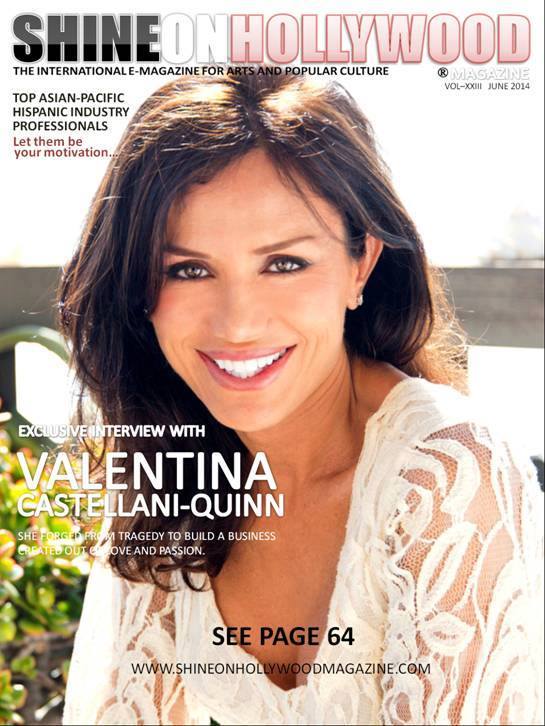 Valentina Castellani was born in Florence, Italy, where her family owned since the 1800’s an Opera House Theatre, the “Teatro Verdi”. Her Grandfather Riccardo Castellani was one of the most important producers and distributors of the Golden Era of Italian cinema. The family owned the most important Opera Theatre in Florence since early 1800, The TEATRO VERDI. Growing up behind the stage, watching operas, plays and ballets, had a strong influence on her.

She graduated from college, majoring in arts and design, and acquired a Master degree in Fashion Design at FIT in collaboration with the University of Florence, Fine Arts.

Quinn Studios, was a production and post production company. Quinn Studios continues the Quinn Legacy in the fields of entertainment, the arts, and world peace. In 2012, Quinn Studios produced the TV documentary series “Life On A Bike” based on the Italian pro cycling tour Giro D’Italia, filmed across 11 countries. In 2014, Quinn Studio co-produced the movie “The Butterfly’s

Dream”,https://en.wikipedia.org/wiki/The_Butterfly’s_Dream_(2013_film) candidate for Academy Award and Golden Globe 2014, as Best Foreign Movie. Also winner of 13 International Awards. Quinn Studios also helped on the post production of “The Square”, a documentary on the Egyptian conflict, which won all major International Awards, including the Directors Guild Award 2014, Sundance Film Festival 2014, Berlin Film Festival, Dubai Film Festival, and more. in 2016/17 Quinn Studios completed an Award Winning Documentary film about Peace in the Middle East: ” ONE ROCK THREE RELIGIONS “. “One Rock Three Religions” www.onerockthreereligions.comwon the HUMAN RIGHTS AWARD, The US Congress Award Recognition for the film efforts to create dialogue among Countries, Religions and Ethnicities, the Jury Grand Prix at the Siena International Film Festival, The People Festival in NY as Best Documentary, The Impact DOCS Award and many others ( Press and Awards on Website).

In 2017, Valentina Castellani produced the Marketing campaign for the film “AUGIE” on the extraordinary life of Augie Nieto, the Steve Jobs of the Fitness Industry, directed by Award Winning Director/Producer James Keach and produced to benefit the Augie Nieto Foundation: augiesquest.org devoted to find a cure for ALS.

In 2018 Valentina Castellani is one of the executive producer of The Award Winning Film Documentary ”WONDERFUL LOSERS” www.wonderfullosers.com , 2019 Academy Awards Candidate Best Foreign Film and winners of 11 International Awards. 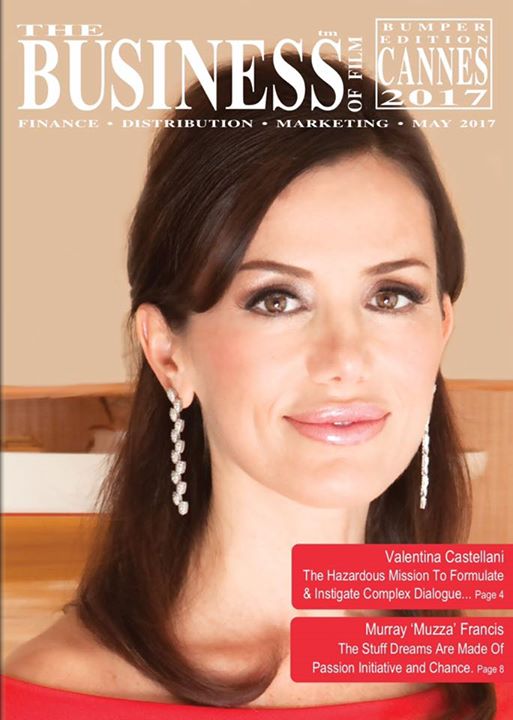 Valentina is the General Director International relationships of the TERRA DI SIENA INTERNATIONAL FILM FESTIVAL  www.terradisienafilmfestival.eu  and currently collaborates with a number of Film Festivals around the world.

Because of her personal story, her ethical work as a producer, and her service to global society, Valentina Castellani was invited to speak at many International Organizations, including, The US Congress, United Nations, UNESCO, The YPO/Young President Organization and a number of International Universities.

She constantly collaborates with the Young Presidents Organization, YPO, in helping producing some their events and works as an external International resource.

In 2016, Miss Castellani was Awarded with the US Congress Award, in recognition of her work in promoting the dialogue between Countries, Religions and Ethnicities.

In 2017 Valentina was given the City of Los Angeles Award by Mayor Garcetti and Council Member Jose Huizar, for her initiative, efforts and achievements in promoting the restoration of the Iconic Anthony Quinn Mural: ” The Pope of Broadway”, down town Los Angeles. An historical mural that symbolically became the Hollywood sign of the Latino Community and serves as an ethical reminder of unity through arts, which is the core value of the Quinn Family Legacy.

In 2018 Valentina was the recipient of the Prestigious English WIFTS Award as a “Visionary Producer”. She accepted the Award among a number of women of exceptional achievements, such as Chancellor of Germany, Angela Merkel and actress Gal Gadot.

In 2019 Valentina Castellani expanded her Production Studio and created

Continuing her Ethical international work, Valentina with QUINN STUDIOS ENTERTAINMENT  is now in

Production with a film on The Native Americans and Alternative energies to Oil, titled : “THE WHITE SNAKE”.